Anthony David Barnes III Has Been Playing Football Since He Was 4 Years Old. Now He Is a Successful Middle Linebacker. Check Out His Success Story Below! 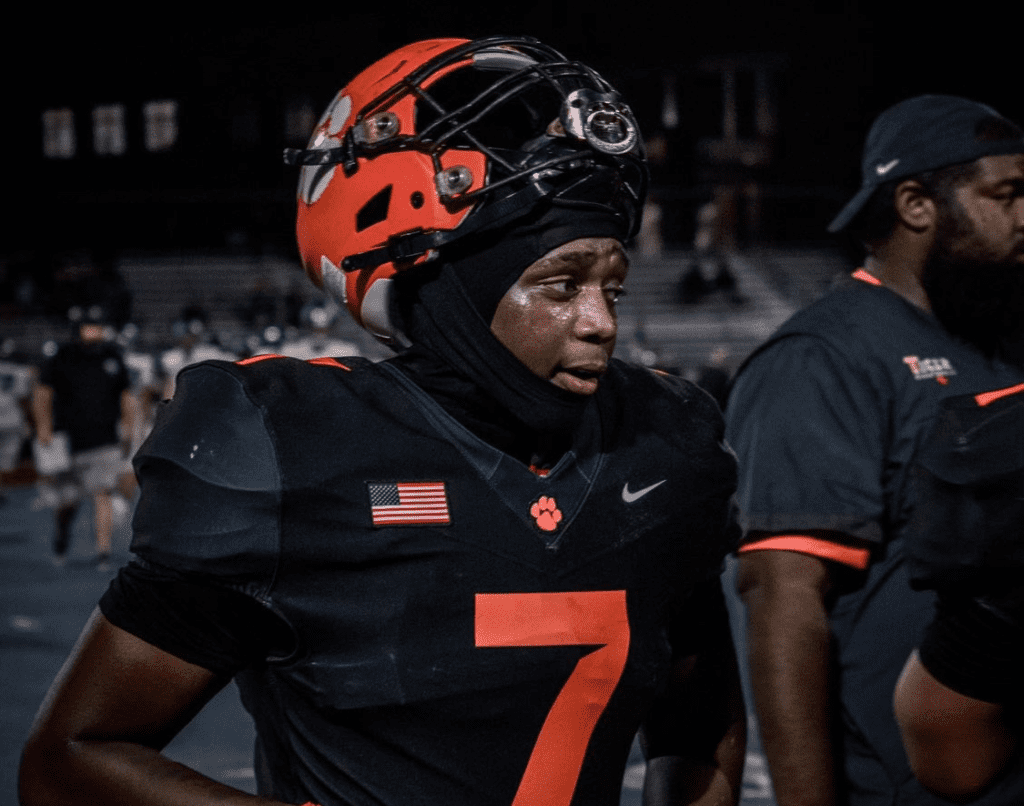 Becoming a professional football player is a dream of many children around the world. While many dream of the opportunity, only a few get to make it a reality. Football is a tough sport that requires a combination of athleticism, aggression and strategic movement. It also teaches not just teamwork, but the values of each individuals’ role on a team. It requires the ability to go hard every play, get knocked down and keep on going. In life we all get hit real hard and football teaches us how to react to it and improve!

In fact, football is more than just a game; it teaches lessons that everybody can carry with them. Teamwork, discipline, perseverance, goal-setting, handling success and failure, time management, keeping fit and many more.

The truth is that America is home of many talents, and football happens to be the most important one to people. In that sense, Anthony David Barnes III is an amazing football player  who has been playing football since he was 4 years old. Now he is a middle linebacker that has played in various positions on the football field.

He manages to stand out in the playing field because he works really hard and performs, but he doesn’t burn out himself. Instead, he paces and stretches himself to reach the goals he sets. But of course, not everything has been easy on his journey. Quite the opposite, as he shares:

“One of the biggest challenges when I started was not being scared to take a hit (tackled) or to get hit (tackled). Also, another big obstacle I had to face was starting at a new high school and earning my spot as a starter on the team and maintaining my spot while playing football.”

In addition, Anthony recognizes that mindset has played a fundamental role in his success story. In actual fact, the mental side of the game is important and often overlooked. An athlete’s ability to perform at a high level, in addition to being physically capable and understanding how to play the game, requires elite mental toughness. In sports, and in life, succeeding at a high level means being able to overcome adversity, respond positively to difficult situations, and demands a willingness to be coachable and learn new skills. Athletes who are committed to improvement and develop mental skills that will lead to peak performance have a growth mindset.

“Your mindset is very important when playing because if your mind is somewhere else then you’re probably not focused enough on the game. Which can cause you to get hurt”, Anthony explains.

He also advises anybody who wants to play football at a higher level to “keep putting in work. Strive to reach your goals and dreams in everything you do.”

Despite all the work that he has already done, Anthony isn’t planning on slowing down any time soon. He describes his next steps below:

“My goals for next year include graduating high school, going to a great college, playing football and getting an NIL deal.”

Without a doubt, Anthony’s story is a source of hard work and inspiration not only to football players, but to all of us! To find out more about Anthony, follow him on Instagram here.