Artificial intelligence developed by a Colombian sets a new standard in the fight against corruption in Latin America. 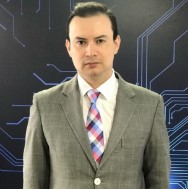 From the camera of your computer an artificial intelligence could know not only if you are alive, but also the changes in your cardiac responses without touching you.

Latin America is one of the areas of the world that has been most impacted by both public and private corruption, according to Andres Cuestas, CEO of Predicto Artificial Intelligence Technologies Colombia, the main challenges of all governments in the region is undoubtedly to apply mitigation strategies and decrease in the probability of both public and private corrupt conduct materializing, this could free up the resources required to establish public programs that benefit their populations.

The artificial intelligence developed by Predicto A.I can work remotely and massively using the changes in the patterns of light reflected by facial tissues to a conventional webcam to extract the characteristics of the cardiac wave and analyze changes in the autonomic nervous system, based on the changes of a characteristic called HRV (Heart rate variability) closely related to the brainstem and the limbic system, thus determining the probability of deception, the surprising thing about this technology is that it does not require physical contact, simply through the conventional computer webcam and an internet connection this new family of machine learning and A.I.

According to Cuestas, previously polygraphs would have used changes in the S.N.A (Autonomic Nervous System) to establish a probability of deception, however, the lack of machine learning algorithms in the field of traditional polygraphy, the high level of invasiveness and the limitations The massive application of these tests has opened the field to approaches in line with modernity, the 4th generation technology and not only the old sensors and polygraphic procedures that are more than a century old, Cuestas also explained: “the current algorithm was trained with more than 150.000 ground truth video samples, this delivers a high-performance probability of deception classification algorithm giving new capabilities to the current virtual integrity test and making possible de remote deception test”.

Currently, this technology is already being used in Colombia, Mexico, Guatemala, Peru and the Dominican Republic with a high rate of regional expansion.

Cuestas mentions that “Advances are being made in empathetic algorithms that understand emotional, physiological and psychological responses in a deeper way and the applications could undoubtedly transcend in the near future beyond the mitigation of corruption, currently, we have had the first approaches with the health authorities to achieve their approval and use in the medical field, for example as complementary tools of telemedicine.”

An important point of the application of Predicto AI of this technology is its ethical use, all people receive a broad explanation and an informed consent process is obtained because personal, biometric and physiological data that are considered sensitive are being processed, reason for which this service is offered within the standards of the ISO27001 information security standard.

Cuestas has already been recognized as an inventor in 2021 by the Colombian intellectual property and patent authorities, having an invention patent until 2039 for an anti-corruption technology in Colombia and this process to obtain recognition of this patent in other countries in the region. Undoubtedly, artificial intelligence is setting new standards in human technological capabilities and these types of developments are a sign that Latin America’s technological innovation capacity has to contribute to the world.