“Cuídalas” has brought to Colombia the first electronic clinical examination for the early detection of breast lesions. 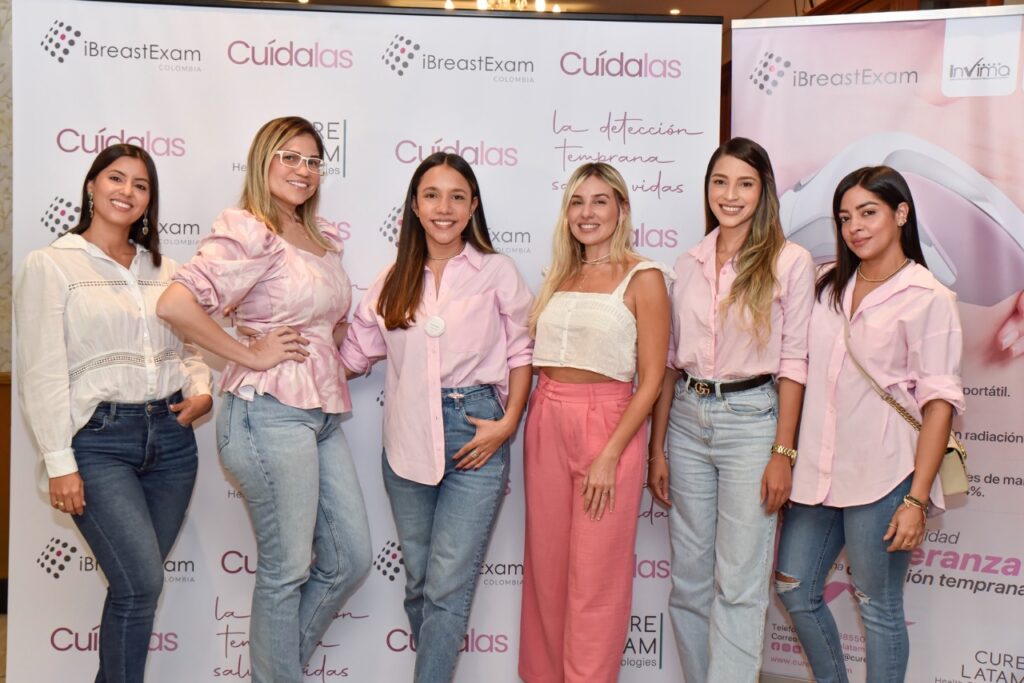 Cuídalas is a Cure Latam project that was born with the vision of improving the well-being and health of Colombian women, contributing to the early detection of breast cancer thanks to iBreastExam (iBE) certified technology, knowing awareness of social responsibility that each person has to take care of the health of their loved ones and also their own. Additionally, Cuídalas seeks to dignify women’s health with an exam that responds to the need to overcome the access barriers faced by the female population in Colombia.

One in 12 women will get breast cancer in her lifetime, according to the World Health Organization (WHO). Women in low- and middle-income countries and areas have less access to breast cancer screening and treatment, with approximately half of breast cancer cases and 58% of related deaths occurring in less developed countries.

Breast cancer is a common disease in women between the ages of 35 and 70. However, lately younger women have developed the disease. This is the third most frequent cause of death from cancer in Colombian women, according to the National Institute of Cancerology.

Hope and impact for health in Colombia

Cuídalas could significantly impact the health of millions of women, thanks to the iBreastExam device; this uses artificial intelligence technology, it also has 648 tactile sensors, achieving greater sensitivity in the early detection of possible breast lesions, all this is done in real time without emitting radiation or pain, it seems to work in dense breasts, with a prosthetic device, and even in pregnant and lactating women. The iBE mechanism communicates wirelessly with an application installed on a mobile device that will be displayed and stored in real time. The results were recorded as a single file at the end of each scan, and could be sent directly and immediately to the user who took the exam.

“We are an innovative alternative in early detection with the iBreastExam exam, contributing to reducing the limitations of timely detection of breast cancer in its early stages for women who may not have easy access to other methods, due to circumstances such as : location, lack of health insurance, young age, among other factors”, Shares Heder Xiques Cure Latam CEO

Cuídalas will begin to carry out early detection tests in the cities of Barranquilla, Santa Marta, and Cartagena and little by little it will expand throughout the country. If you want to know more about this new exam, go to www.cuidalas.com. You can also find them on Instagram as @cuidalas_