Elda Maria Gamiz is a Mexican Influencer With Over 130K Followers: Find Out How She Started To Create Content 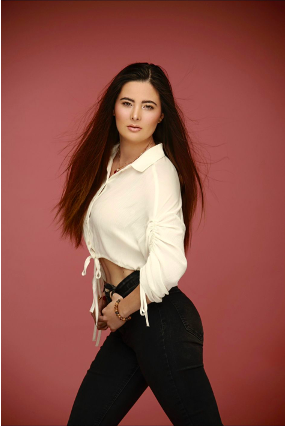 Elda Maria Gamiz is a top influencer in Mexico who loves to be in contact with other people. Besides leaving her mark in the media world, she wants to leave a positive message to people, always being true to herself.

Elda studied Entertainment Business Management at the Universidad Anáhuac in Mexico, and since she was a child she always dreamed of being a celebrity.

“My advice to people thinking about starting their own business is to go for it and know that it is never late to make your dreams come true.” Elda comments, and adds, “We came to this life to be happy, so make sure that you work and do something that makes you happy.”

Through her career, Elda has worked with different brands both national and international from the fashion industry such as Shein (Europe), Tour (Bali), Club Tara Resort (Philippines), Cinepolis, Viñedo San Lucas, among others. She currently collaborates as an ambassador of @sheinofficial.

“A few months ago, I decided to get more involved in the fashion industry to support Mexico’s economy. During the pandemic many people were affected, and so I wanted to support our national trade.” Elda shares.

Unlike others on social media, Elda is an authentic influencer. She believes that success is about having her own style without copying others. This sets her apart from many.

“Be yourself, and the more natural you are, the more people will love you.” Elda states.

The biggest obstacle she has faced in her career is the criticism she has received. It is natural for artists and influencers as well as the vast majority of people to receive criticism.

“Criticism has been the biggest obstacle. People say that I cannot do something. But the truth is, the more someone criticizes something I do, the more I want to do it. I feel the same way about fear. The more I fear something is because I am going the right way.” She says.

In the near future, Elda plans to position her brand and also to continue collaborating with Shein, with whom she will celebrate her first year as ambassador in February.