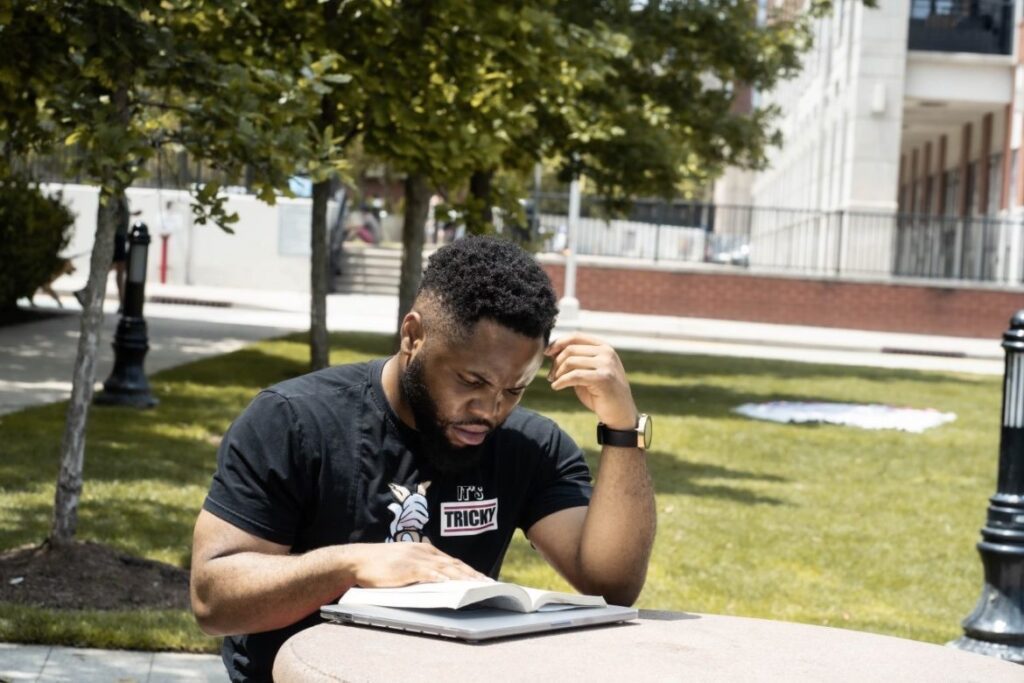 What exactly do you do for a career?

What was the process for you to find what you wanted to do?

“2017. Came across this video on YouTube titled Who Am I. It was a video of Bob Proctor interview in the early 90’s. He was talking about Paradigms (which is a mental program that controls our habitual behaviors) and the powers of the human mind. I was so intrigued about what he was saying, I had never heard anyone talk like that before. He said, “any image you hold in your conscious mind long enough, you can create in the physical world. I believed every word he was saying, it resonated with me. I started binge watching him on YouTube and He introduced me to the book think and grow rich and more importantly the man that wrote it, Dr Napoleon Hill. I studied anything and everything I can get my hands on written by Dr Hill, listened to his lectures on YouTube and audible. I became a student Dr Hill. At that time I had a friend that traded stocks so I asked him to teach me. He basically thought me the fundamentals and from there I went on trading on my own and gradually learning from experience. I went into stocks with full faith that I was going to succeed. I started practicing gratitude for having already succeeded and for the freedom I enjoy as a successful stocks trader. What that did was change my paradigm. I kept that image in my mind long enough until it became an obsession. Fall 2017, started an account with 10k and lost it all by first quarter 2018. That same year spent over 10k on stocks courses and training. Started another account with 5k and grew it to over 20k that year. Then January 2019, borrowed another 20k from mom, total of 40k and turned that into over half a million dollars before the end of the year 2019.”

What is the most rewarding part of your job?

“The Freedom it provides, I can make money on my phone from anywhere in the world. And more importantly than that, it gives me the power to impact someone’s life by transferring that knowledge and actually make real impact on people’s lives, which is where my true joy comes from.”

Can you tell us about your company/job/hustle?

“I Trade Stocks. Started with day trading penny stocks, which are basically low priced small cap stock, now trade blue chip stocks as well, and also swing trade depending on the market. I wouldn’t call myself one particular kind of trader, I am not that close minded, I just take and adapt to what ever opportunities the market provides to pull out big profits.”

What do you want your audience to know?

“Stocks trading is more discipline than skill. If you learn the fundamentals and plan your trades before you enter and actually stick to your plan and don’t let your emotions control your decisions, you’ll be a pretty good decent trader, one thing is for sure, your profits will be much greater than your losses.”

What is your greatest success so far?

“2019. My mind was on fire that I will become successful trading stocks. Had 20k saved up and borrowed another 20k from Mom (She always believed in me). Turned that 40k into a little over half a million dollars before the end of that year. The best part of it is the realization that i could really do what ever I set my mind to. it it is indeed true, what Dr Hill said about the mind. I didn’t know what was happening at the time but I was charging my mind with a burning desire for success until it became an obsession, I had to succeed, I couldn’t shut my mind off after a certain point, I was going crazy, I had to become a successful trader. Focused all my energy on that and lost interest in everything else.”

Where did you grow up?

What are some of the challenges you faced along the way?

“My mom raised us as a single parent. Dad died in 1999 of cancer. It was just mom and 4 Kids. 3 Boys and last on girl. I am the 2nd of the 3 boys. Ever since my dad died in 1999, my mom has been struggling to bring us over to the U.S. she was a CNA (certified nurse aid) earning minimum wage at the time, saved every penny and finally managed to bring us over by 2007. Grew up poor, trying to make ends meet, saw her struggling trying to take care of us, and I promised myself that I would become rich. She eventually got back in school to become a nurse, joggling work school and 4 kids. I always told her one day I would become rich and she wouldn’t have to work so hard. She always believed in me. She’s my hero.”

What does it take to be a successful entrepreneur?

“Dedication to your craft. It has to be the dominating thought in your mind. Simple.”