Marva Toys will Organize an Exhibition in January 2023 In Mexico City With Over 52 International Artists! Check Out More Information Below! 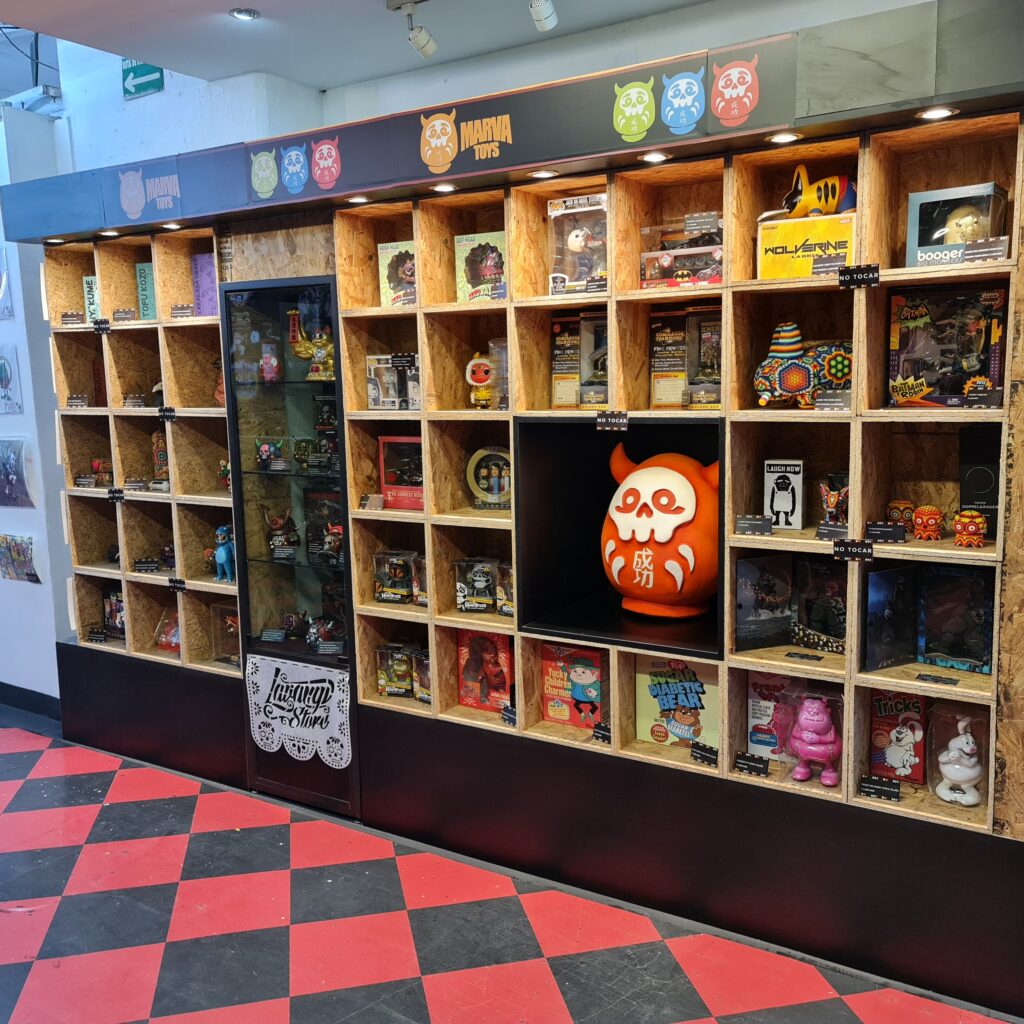 Fabrizio Vargas Albarrán is quite an amazing entrepreneur. He and his wife run Marva Toys, a business dedicated to the sale of art toys and collectibles. In addition to selling well-known brand products, they sell figures created by Mexican artists and designers, which allows them to promote the great talent of their country.

But this is not all! Their intention is not to be just another art toys store, but to become the first option in the market, characterized by their unique and exclusive designs, in addition to being a reliable business. They always seek to be better and they achieve this through their extreme attention to detail and the great service they offer.

Marva Toys was created in November 2019 and in October 2021 Fabrizio came up with the idea of starting a side project called “Chismeando with Marva” (“Gossiping with Marva”), where he would interview artists in the field on Instagram. He began to interview artists who had not yet been considered by the competition, especially people from other countries and foreign languages, and his success was immediate. Currently, Fabrizio has conducted more than 60 interviews, which can be enjoyed on his YouTube channel.

“We also create our own Art Toys under our Marva Toys brand. We work with the Huichol community to create pieces of Huichol Art with ArtToys. Also, we produce exhibitions in Mexico with national and international artists”, Fabrizio shares.

Ever since he got to know Art Toys, Fabrizio has been fascinated by how special these pieces are. They’re not just designer toys, they’re works of art! Additionally, he considers that the most important thing is the message that the artist seeks to convey through the creation of that piece.

Marva Toys manages to stand out from the crowd because they officially distribute brands that no other store distributes in Mexico, such as The Mighty Fighter, Underverse, Resin Worx, Force of Arts andThe Final Bosses. They also distribute their own toys as Marva Toys is a registered trademark. So far they have designed 6 pieces in only one year!

Additionally, they support national and international independent artists and help the Huichol community by disseminating their work and generating sources of employment.

But of course, not everything has been easy on Fabrizio’s path. At the beginning, he had to deal with criticism from people including his friends and family. They said that he was not going to succeed because Art Toy was not in great demand. Fortunately, he is a determined person who fights for his dreams, so he decided  not to give up and now Marva Toys is a well-known brand inside and outside of Mexico!

“If you are looking to start your own business, stick with it. If you have a dream, fight to achieve it. Unfortunately, along the way you will find positive or negative people, but despite the criticism, never give up on your dream, analyze the competition and try to do something different, something that distinguishes you. Success does not come immediately but if you work hard you can achieve it!”, Fabrizio advises.

In January 2023 they will have an exhibition called “La Muerte Toy Show” in Mexico City Where 52 international artists will participate. The pieces will be on display and for sale at the Orizaba 161 gallery in Mexico City as well as on the online page www.marvatoys.com.

Despite all the work that Fabrizio has already done, he isn’t planning on slowing down any time soon. He details his next steps below: