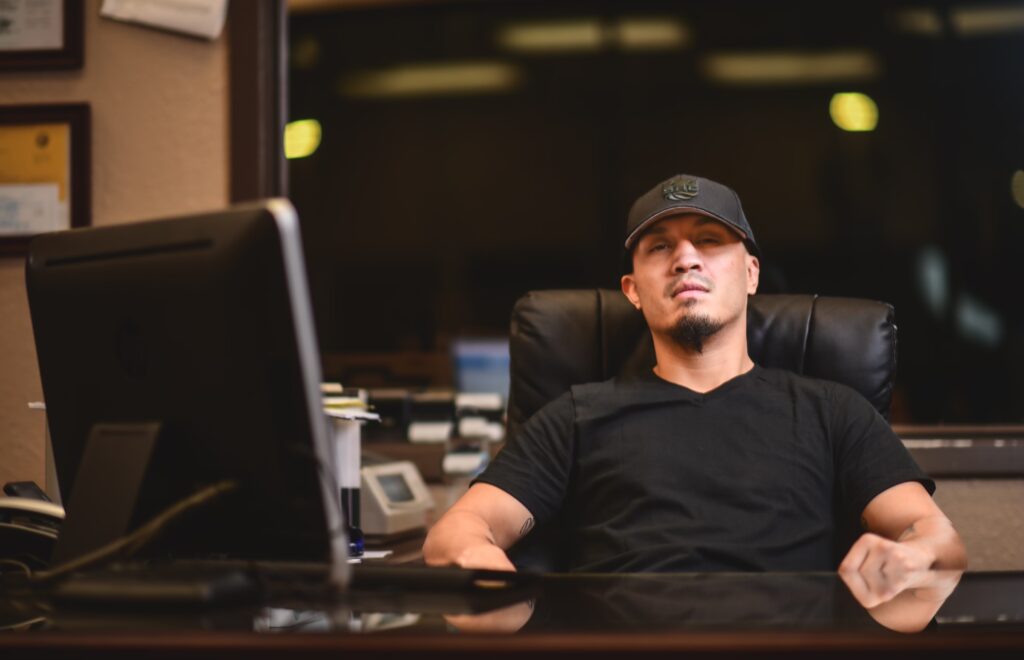 Boxing is a culmination of hard work, extreme strength training, and rewarding outcomes for making it through self-doubt and painful circumstances that come with the job. Meet professional boxer, current holder of the Universal Boxing Organization (UBO) SuperFeather Weight World Title since July 2021, and CEO of King Gio Boxing Promotions Northern California boxing star Giovannie “KingGio” Gonzalez. For a young boxer looking to make a name in the boxing scene, Giovannie succeeded in matches with well-known opponents, allowing his entry into the world stage. His wins would be the result of hard work and the mental strength it took to push himself to excellence.

Giovannie started boxing in the streets of northern California, when he was only Twelve. He bought his first pair of Gloves at the flea market, would carry them everywhere he went, would go to different parks in the neighborhood and challenge anyone willing to box. “I would tell people I will become a professional boxer one day and they all laughed at me and called me crazy and now those exact people are in my messages congratulating me trying to be my friend. Never let anyone try to talk you out of your dreams.” Says Giovannie

With talent, hard work, and a good support system, boxing can propel a person to the heights of success. However, in Giovannie’s journey as a professional Boxer, he witnessed many dirty tactics that managers, match makers and promoters would commit in order to take advantage of fighters. “There are so many talented boxers, however promoters do not provide the same chances for success compared to those with higher accolades” Says Giovannie.

Giovannie Was the first Professional Fighter from Northern California to be signed to the prestigious GRANT Boxing Brand by Founder Elvis Grant who has provided Boxing Gloves to Floyd Mayweather Jr, Gennady ” Tripple G “Golovkin, & Teofimo Lopez just to name a few. With a Net Worth ranging from $150,00 to $300,00 Coming all from Gonzalez professional Boxing career and Promotional business he is being compared to former great fighters that transitioned from fighter to promoter like Floyd Mayweather , Oscar De La Hoya Just to name a few. Gonzalez is known for his aggressive Fan Friendly Boxing style where he has knocked out 10 of his 19 opponents, which has resulted in his rise to fame in the boxing community.

In the past year Giovannie Gonzalez has added a great number of talented fighters to his fast growing promotional company. Multi national champion light flyweight boxing prospect Adrian Reyna (1-0) , Multi national champion and 2012 Olympic alternative Peter Turcios (1-0) and Super fly weight boxing prospect Justin Marquez (1-0). Gonzalez has been guiding these fighters this past year and has pretty high expectations in the long run for these fighters , Gonzalez

“Adrian Reyna is a complete fighter with an extreme dedication to the sport of boxing and deep amature background which earned him 3 national titles. Peter Turcios is a fighter that started late in the professional league but has a deep amature background , has multiple national titles and has sparred with some of the best fighters in the world. Justin Marquez reminds me a lot of myself back when I was a kid, he doesn’t’ have a huge amature background , he’s pretty much learning on the job and is not scared to do so but the skills are definitely there and his work ethic is unbelievable”