Meet Jeremy Anderson: The Man Behind An Educational Consulting Firm That Is Changing The Lives Of Thousands Of People In The United States And South Africa 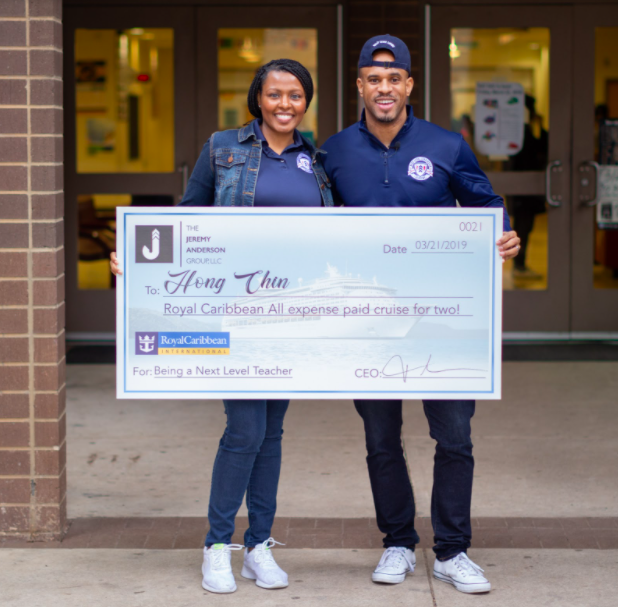 Jeremy Anderson is a person of extraordinary feelings, who has struggled a lot throughout his life. His biological father was absent when he was a child, he was diagnosed with ADHD and soon after, started to struggle with drug and alcohol abuse as well as repeated arrests.

Today, Jeremy and his wife Traci use their story and experiences to inspire millions of people. They left their full-time jobs, leaving behind their health care and great benefits to pursue their passion for public speaking.

Jeremy is the CEO of the Jeremy Anderson Group, LLC, which is an educational consulting firm. Over the years they have worked with hundreds of schools across the country and abroad. With his work, Jeremy has emerged as one of the leading motivational speakers in the education field.

Aside from this, Jeremy has always had high goals set for himself. Back in 2018, he became determined to reach and inspire one million students. He then traveled around like never before and by December, he was able to meet the goal.

Through his travels, Jeremy also connects with teachers, for whom he has deep respect. In fact, various schools throughout the country bring him in to their facilities to train and motivate their teachers.

Furthermore, as a result of the success Jeremy has achieved through his motivational talks and speeches in the States and other countries around the world, he has been able to diversify his financial investment portfolio.

But the truth is that Jeremy does not stop there. He and his wife Traci also created and run a non-profit organization that helps the less fortunate in the United States and also in South Africa.

Although many people think Jeremy is just a motivator, he goes beyond that. He disseminates messages, programs and curricula that have the capacity to change the direction of people’s lives.

Moreover, Jeremy not only uses his gift to reach the souls of millions of people, but through his trucking company, he also manages to make a difference in thousands of lives by using the money he earns to invest in scholarships to sponsor and feed children in the States and South Africa.
If you want to find out more about Jeremy, click here.