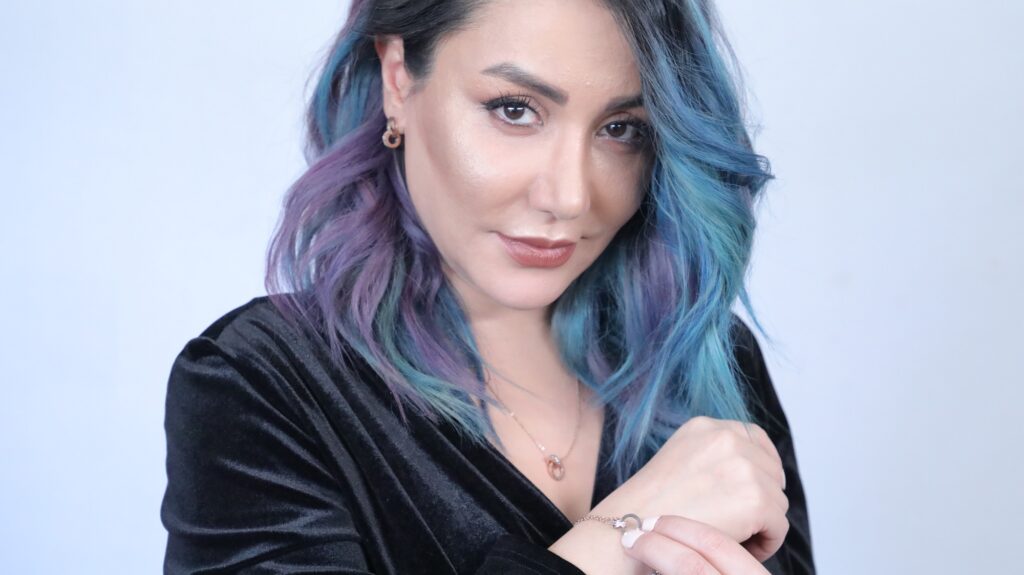 When people want to express their thoughts and ideas, including their own life or that of others, they often do so through a play, a book, or a movie, a tradition that goes back many years.

Throughout history, there have been great directors who have helped to recreate through cinematographic works the life and work of countless characters that in many cases have changed history.

Among the many new excellent directors in the film industry is Maryam Pirband who is an actress, author, producer, screenwriter, and director of character-based films that explore social justice issues. Her latest film, “Dandelion Season,” is currently screening at the Cannes film festival.

For Maryam, it all started when she completed her bachelor’s and was recruited into a massive international airline in Iran when she was very young.

“After a couple of years, I realized that that is not what I love; that is not how I can change the world. I started with acting; I was also an athlete, horseback riding, shooting, and swimming because everyone must be an expert in these three in my family. So I was invited to a stunt team that a stunt performer from Germany established in Iran; soon, many newspapers and magazines published my photo on the cover page as the first stunt performer and actress in Iran!” Mayam shares.

With the fame Mayram was earning with her work she realized that what she was passionate about is action directing.

“I love writing and directing, so I started my training as a director and worked as an assistant director. I became known for my first short film. It was in the action genre. It was the first action film made by a female director.” Maryam says.

In 2016, Maryam received a green card given for artists with “extraordinary talents” and moved to the United States. She started her job as a film festival jury member in LA, and was then invited by the BBC for a feature documentary.

Later, Maryam continued her education and earned a Master’s Degree at California’s Azusa Pacific University. She made her first short film, “Fermysk,” which earned her multiple awards. By 2012, her second short film “Dance With Me” was accepted at the Cannes Film Festival which opened a door to endless opportunities.

Her latest film, “Dandelion Season”, is now screening at Cannes Film Festival, Marche Du Film. Dandelion Season is a universal saga of overcoming the shackles of society and culture. The film’s controversial subject matter and its Cannes debut could be a blessing: its notoriety and heartfelt storytelling will promote international interest and spur commercial distribution.

“I was invited as head of the jury at the women’s film festival and other festivals in the Middle East. I worked as a festival organizer, festival director, and distributor in Iran, Iraq, and India.” She adds.

Maryam differentiates herself from her competition because of the many unique characteristics she possesses. In addition, coming from a restrictive country like Iran, makes her distinct.

“I am from a country that is restricted, especially for women. We are somehow owned by men. If you want a passport, your father, your uncle, or your husband has to sign for you to leave. Some families, like mine, are not like that, but if I wanted a passport, I needed those signatures by law. These kinds of pressures made me more creative and stronger. I go to different places alone, live with the people, borrow their true stories, work on them, find the best techniques and the best language to tell them, whether it’s feature films or documentaries and then give the story back to the people in film form. I have been on juries for film festivals in different countries, as well as working in the industry in different positions.” Maryam explains.

Besides this, Maryam has written scripts for television shows and movies. Her books “Triangle” and “Where Am I Standing,” including the scripts, were published in 2016 and 2018. Maryam understands that in any business, entrepreneurship, brand, book, or movie, mindset is important and it plays a critical role.

“In the movie business in particular, you can’t hide the product. The result will remain forever. So I have to have a neat and clear mindset. My work is artistic, but knowing the market is essential. You’re not making a film for yourself. You’re going to distribute it.” She states.

Maryam is currently focusing on producing four short films for female directors from four different countries, which will then be put together to form four episodes of a feature film.

“I am working on a feature documentary. It is about a young woman who lives in Iraq. In their religion, it is forbidden for a female to sing. Even a female voice cannot be heralded in public. But she started singing, and now the hardliners try to kill her, her husband, and their children.” Maryam says.