Tobi Rubinstein Combines Faith, Fashion, and Struggle in Her New Book Which is Inspiring Readers All Across the Globe. Find Out More Below. 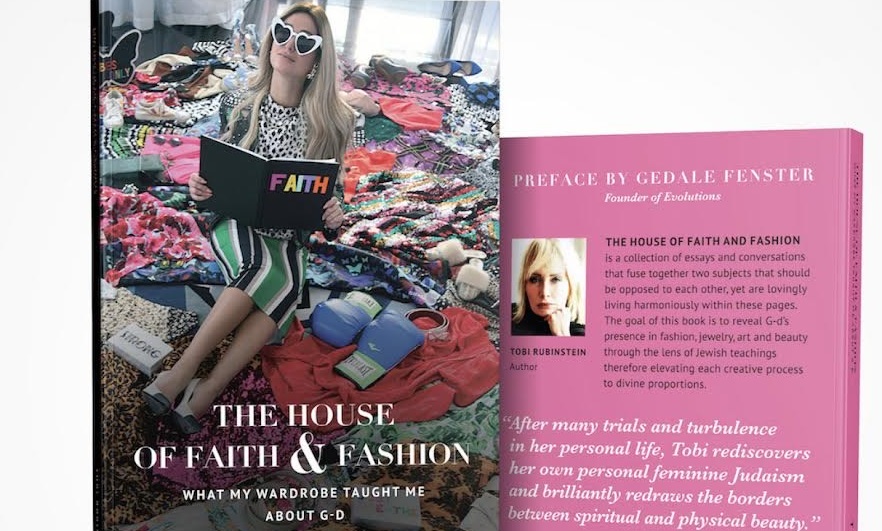 What do faith and fashion have to do with each other? For many people, they see them on opposite ends of the spectrum of their daily lives. However, for Tobi Rubinstein, they are inherently linked in everything she does.

Coming from the world of orthodox judaism, Tobi was raised in a culture that led her down a very particular path. She was very involved in the religion and the community so much so that she even became ordained. However, her passion for fashion could also not be ignored. When she began her career, she made the decision to combine these two aspects of her life into one singular idea.

What makes Tobi different in addition to her individualism in fashion is that she is teaching women to step outside of their comfort zones to try something new and unique that helps them achieve a greater sense of fashion while still being authentically themselves. Her particular style and brand is based on her spiritual influence but not the traditional spiritual influence that you are thinking of. Rather it is a modern take that encapsulates the individualism of her and her clientele.

“It led to the combination of both her loves into one solid purpose. The goal is consistently fusing spirituality with fashion and other creative outlets as art , style and beauty “Tobi explains.

Unfortunately, Tobi’s path would not stay in the linear direction as she had hoped. Tobi was diagnosed with cancer and struggled throughout the treatment with care complications and other problems associated with the disease. However, instead of letting the pain and the difficulty get the best of her, Tobi decided to put her energy into something bigger than herself. She decided to sit down and write a book the book to share her two loves , fashion and the Jewish faith .

Her book, much like her style, encourages people to take on their challenges and do things with them to better themselves and others in the way , of course in a most fashionable way .

“My newest book explores two ordinarily unrelated paths, Faith and Fashion, merging them to create something uniquely her own within the collection of essays that will charm and intrigue the reader. Through my cancer diagnosis and the challenges of treatment, Icreated an extraordinary chronicle of faith and fashion that elevates the creative process to divine proportions. My collection of thoughtful, profound, and sometimes poignant essays illustrate to readers how the creation of fashion and art can become a channel through which to express one’s faith and connection with their spirituality and the presence of God in every creative process,” Tobi states.

Her book has gotten outstanding reviews by fashion designers and spiritual observers alike. To find out more about Tobi and her book, follow her on instagram here.