Trained in Law, But Seeing an Opportunity in Design Led Daniel Polevoy to Follow His New Passion and Become an Employee in the Product Design World 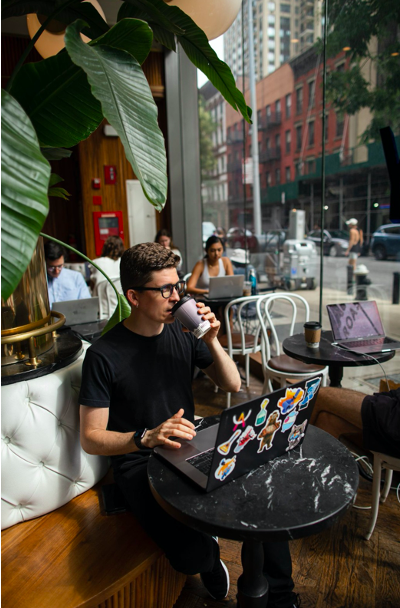 Sometimes life takes us in interesting directions we did not expect. Though we may have plans or an idea of what we want from life, we often find something along the way that changes us and our course of action. While this often happens for a reason and opens up big doors for many of us, sometimes these changes require a very large leap of faith.

This is what happened to Daniel Polevoy in the course of his career. Starting out in the world of law, he transitioned into the field of design. For him, he saw a golden opportunity and decided it was worth the risk and the effort to leave his planned career path for this new one.

“I was born in a small city in Ukraine, and I planned to live and work there after graduating from university. However, my life made other arrangements for me. It turned out that by the age of 34, I managed to live in 6 cities and 3 countries, having replaced my law degree for a career in the field of design. I have to confess that I always wanted to work in this field deep in my soul. I was a self-educated man, and I had no education in the field of design and modern technologies,” Daniel remarks.

Daniel’s one major problem and stumbling block was that he was not professionally trained in the world of design. He had spent his life preparing for law and the career that he would build around that degree. Despite this, Daniel knew that this was the way that life was pushing him, so he took that leap of faith and followed.

“I had a chance to work independently with major international brands, as well as become a member of well-known companies, holding the position of senior and lead designer. Life has given me a great gift by combining a set of unique features from two worlds, which are different from each other, but perfectly combined, i.e. the perseverance and attention to detail of a lawyer and open thinking with the imagination of a designer. Such a combination makes me unique, and it makes me be me,” Daniel explains.

Helping both businesses and builders, Daniel and two others became part of the first group of employees in the company called A.Team. This business focuses on the principle that all good businesses and groups work best as a team. However, building a team is much easier said than done. Lots of businesses flop because they do not have good people working together. A.Team steps in and helps change that dynamic.

“At the end of 2019, I joined the A.Team startup as a founding product designer. At that time, the company consisted only of two like-minded people with a great idea. They were ready to transfer their thoughts and developments from paper into the real world to create a tangible product. Currently, we are working on a unique product that allows you to instantly assemble high-performing, distributed tech teams, powered by a Team Graph of the world’s best product builders. Roughly speaking, you can instantly create a team of top specialists in the field of management, development, and design, which will be selected taking into account all your needs and requirements,” Daniel says.

What separates Daniel and his team out from the crowd is that they do not just see this as a job or a business opportunity, but rather something larger. For them, this is about building a team of specialists to help your business grow, not just assembling a team. In other words, this team has to last, so they focus on how they can truly help businesses and people grow further.

“I do not treat design and our company as a job because they are much deeper and more important. I have to say that design was my hobby, which became my profession at some point. I love the design and I do everything with love, without thinking about how it will affect my value in the labor market. I have another trait that distinguishes me from most people in my profession. I am talking about the fact that I am very attentive to details and know how to explain the consequences of a particular decision for our users, and, consequently, the company. Most designers do not go beyond the boundaries of design tasks and are afraid to voice their position, even if they have many years of experience,” Daniel states.

Daniel’s A.Team has achieved massive success in just a short period of time. Leaving the start up phase and becoming a full fledged, open to the public business was a major leap for him and his team. They were able to do that earlier this year. Though they know they have a lot of work ahead, they are excited to continue making a difference for people’s companies and building success groups just like their team. To find out more about Daniel, you can check out his portfolio work here and A.Team website here.